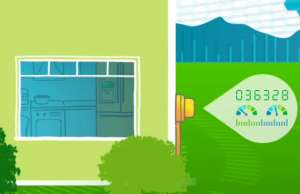 You can read the bill and track its progress here:  http://www.govtrack.us/congress/bills/113/hr2685 . The measure has been assigned to the House Committee on Energy and Commerce’s Energy and Power subcommittee.  No San Diego County representatives are on either the full committee or the subcommittee.  However Susan Brinchman, founder of the Center for Electrosmog Prevention  in La Mesa and leader of a national coalition opposing smart meters, is urging voters to contact their elected officials in both the House and Senate to voice concerns.

The measure also raises privacy as well as health concerns.

The advocacy group www.stopsmartmeters.org made the following statement in an e-mail to its members, warning that besides mandating smart meters on homes, the measure would “require appliances with the Energy Star label to include wireless transmitters that cannot be turned off, in order to communicate (and presumably cough up your private data and respond to orders from Big Brother Smart Grid to switch you off at a moment’s notice, as happened to dozens of people in Northern California recently when their not-so-smart-AC program cut off their air conditioning at the height of the recent heat wave.)  The bill would also establish a “smart grid information center” that would presumably create pro-smart grid propaganda at the taxpayer’s expense.  Sounds like the marriage between industry and government is about to be consummated- unless you take action and restrict this perverse love affair.”

The e-mail continues, “If you enjoy being radiated, and having your appliances speak to the utility and law enforcement, and want to force even small utilities to install smart meters on an unwilling public, just sit there and do nothing. If you’d rather not see this bill passed, make the call today.”

Utility companies have contended that smart grid technology allows more flow of information to improve efficiency and reliability of the electrical power supply grid.  Smart meters can transmit data that can show how and where power is used, data that can be used to encourage conservation. They can also transmit information on faults to minimize outages.  The U.S. government has set up a website touting the Smart Grid here:  http://www.smartgrid.gov/the_smart_grid#smart_grid  It c ntends that “Once mature, the Smart Grid will likely bring the same kind of transformation that the Internet has already brought to the way we live, work, play, and learn.”

But some prominent organizations, including the World Health Organization, (WHO) have raised concerns over potentially harmful health impacts of smart meters and wireless devices.  WHO recently declared wireless radiation a cancer risk.  Across the country, thousands of people have complained of headaches, tinnitus and insomnia following smart-meter installation. Last year, the American Academy of Environmental Medicine called for immediate caution regarding smart meters "due to potentially harmful RF exposure."according to Matt Hall, director of StopSmartMeters.org, in an editorial published in the Wall Street Journal.  http://online.wsj.com/article/SB10001424127887323415304578368683701371280.html

You can locate your Congressional representatives  here.  For a summary  of the opposition reasons see  why.  You can also contact bill authors Jerry McNerney  (209) 476-8552 and Matt Cartwright 202-225-5546  and ask them to kill the bill.

If you wish to know whether an appliance will communicate wirelessly, you can look near the model and serial numbers.  Wireless devices contain an FCC number that starts with FCC.  “If you see this, you now that this is an appliance to consider avoiding,” the email from http://stopsmartmeters.org advises, also suggesting that consumers let produce manufacturers know if they are avoiding purchases due to the wireless technology.