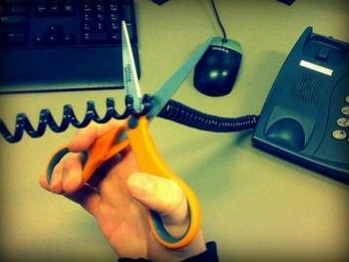 April 20, 2016 (Sacramento) – Despite intense opposition from more than 100 Californians at a grueling 3-hour hearing on April 13th, the Assembly Utilities and Commerce Committee approved Assembly Bill 2395 by a 10 to 3 vote.  View hearing video on CalChannel.  (Click on AB 2395 to hear testimony).  The measure would allow elimination of land line telephones in many parts of California.

Utilities argue that the vast majority of Californians now rely on cell phones and that land lines are no longer necessary.

Opposition included labor unions as well as individuals concerned about lack of cell phone service, inability of 911 operators to trace cell phone calls, and people with health concerns over radiation from cell phones.

Amendments were added in committee, though a consultant advised ECM it was unclear if those would address opponents’ concerns.  View amended bill:   http://leginfo.legislature.ca.gov/faces/billCompareClient.xhtml?bill_id=201520160AB2395

The bill does require a transition aimed at assuring consumers won’t be left with no phone service and that customers will be prepared for changes.

Next up, the measure goes to the Assembly Appropriations Committee.

One local legislator, Assemblyman Rocky Chavez (D-Oceanside) serves on the Utilities and Commerce Committee. He voted in favor of the measure.