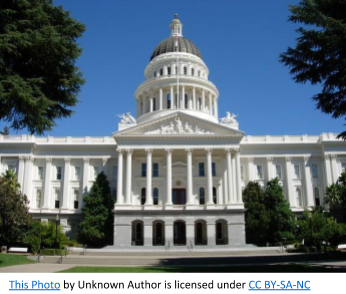 Update: This bill passed the Labor and Employment committee 7-0 and next heads to the Assembly Appropriations Committee.

May 18, 2020 (San Diego) – A bill to provide relief for many freelance writers, videographers and musicians negatively impacted by California’s sweeping new labor law, Assembly Bill 5, has been introduced by Assemblymember Lorena Gonzalez (D- San Diego).  Assembly Bill 2257, a measure to exempt many in these occupations from requirements of AB 5, is slated for hearing May 20 in the Assembly Labor and Employment Committee.  Letters can be send to committee members at https://calegislation.lc.ca.gov/Advocates/.

“Lorena Gonzalez to her credit is presenting AB 2257 as an urgency measure. It includes language that writers and musicians agreed to,” Fred Topel, co-leader of California Freelance Writers United, told East County Magazine. He adds that the majority of his organization’s members have lost work due to AB 5, with many employers unwilling to risk criminal penalties and fines for violating the complex requirements of the new law. The group has provided a letter template that can be used to contact legislators.

If AB 2257 passes it could take effect immediately – but urgency measures require a two-thirds vote. That’s a steep hurdle, since some legislators are self-quarantining at home. Others hope to repeal the measure or pass other reforms, so it’s far from certain that the measure will pass without public input, according to Topel.

For many freelance writers and musicians, 2020 has been devastating. First, AB 5 took effect in January, causing many gig workers to lose substantial income. Then came the COVID-19 pandemic and shutdown. The combined impacts have been catastrophic.

AB 5 was intended to prevent exploitation of gig workers and provide clarification after the U.S. Supreme Court’s decision in the Dynamex ruling redefining employment. AB 5 required that many gig workers be treated as employees – an action that resulted in widespread loss of work for many freelancers and independent contractors.

What the bill does for writers, photographers and videographers:

What the bill does for musicians:

“This can get two industries back to work immediately, which is vital during the pandemic, and it can be in concert with other fixes,” Topel says.

If AB 2257 passes as an urgency measure by both houses of the Legislature and is signed into law by the Governor, it would take effect immediately, potentially as early as mid or late summer.

If it does not pass, Gonzalez plans to add similar language protecting musicians into a separate bill, AB 1850, which is not an urgency measure and could pass with a simply majority, however it would not take effect until next year.

View statement by Gonzalez on changes for writers: https://a80.asmdc.org/press-releases/lorena-gonzalez-announces-changes-how-ab-5-applies-freelancer-writers-and-journalists

View statement by Gonzalez on changes for the music industry: https://a80.asmdc.org/press-releases/lorena-gonzalez-announces-pending-changes-how-ab-5-applies-music-industry