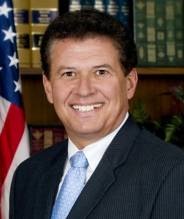 August 30, 2012 (Sacramento)—A bill by Assemblymember Marty Block, AD-78, that requires the California Department of Consumer Affairs to expedite professional licensure for the spouses and domestic partners of active duty military service members, tonight passed the Assembly Floor on a 78-0 vote.

“The spouses and partners of our military families make great sacrifices – relocating frequently and interrupting their own career paths and earning power,” Block said. “Helping spouses re-establish their careers aids our military families financially and has the added benefit of putting talented and licensed individuals to work in our state.”

Many occupations require a state license, often with state-specific conditions and processes, which can cause lengthy re-employment delays for military spouses moving between states. AB 1904 would expedite the licensure process for military spouses with a current, valid license in their career field from another jurisdiction.

“The time and cost associated with transferring a professional license every time a service member relocates from one state to another can be lengthy, expensive and can hinder a spouse or domestic partner in their job search,” said Block. “Adapting to a new state, new assignment and new routine is taxing enough on military families, and this bill will make that adjustment a little easier for these families.”