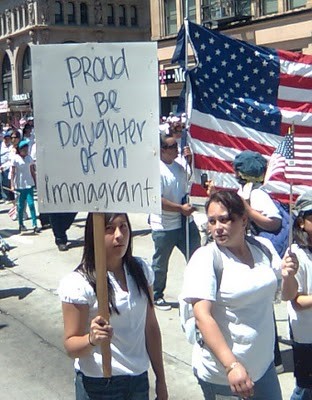 February 2, 2017 (San Diego’s East County) — Two local legislators have taken stands against SB 54, a measure that would prevent state and local authorities in California from cooperating with federal efforts to deport undocumented immigrants.

Senate Bill 54 passed the Senate Public Safety Committee 5-2 and next heads to the Senate Appropriations Committee.  It has been fast-tracked by Democrats in reaction to President Donald Trump’s announced plans to deport millions of immigrants.

Two East County legislators, both Republicans, have taken stances against the measure.

Assemblyman Randy Voepel (R-Santee) cited economic and law enforcement concerns as his reason for vowing to vote against the measure if it reaches the Assembly.

“If our state moves forward with this policy, the new administration may very well cut off grants and federal money to California, which would create budget calamity. Our legislature is playing with fire,” said Voepel, who also suggests that creating a sanctuary state would “create an uncertain and significant burden on a number of law enforcement agencies.”

It’s true that the Trump administration has threatened to take money away from sanctuary cities or other governmental entities that seek to protect immigrants from federal deportation efforts.  In response Governor Jerry Brown has indicated California officials are looking at options to retaliate by withholding some federal taxes if Trump blocks funding for projects such as highway repairs or healthcare.

However, the bill’s author, state Senate President Pro Tempore Kevin de Leon, contends that federal deportation mandates would burden local police and that his measures, SB 54, would eliminate that burden by preventing “commandeering of our local resources” for immigration and allowing police and other local agencies to focus on protecting the public, not detaining or transportation people for federal deportation efforts.

He accuses Trump of engaging in “fear mongering” of immigrants to push forward policies that would “separate mothers from children, children from mothers, businesses from workers, and undermine California’s economy.”

State Senator Joel Anderson (R-Alpine) voted against SB 54 in committee and issued an inflammatory statement accusing the measure of shielding “dangerous illegal immigrant felons in our jails and prisons from deportation.”  In a broad-brush statement demonizing all undocumented immigrants, Anderson added, “I don’t want murderers, rapists, child molesters, or armed robbers protected by the state to be returned to our neighborhoods.”   He added that he wants the state to turn over information about any individual the federal government seeks to deport, with no exceptions.

De Leon observes that Trump has not limited his deportation efforts to serious criminals, but that instead, his immigration policy “will be a dragnet” for even law-abiding immigrants whose only transgression was providing false paperwork enabling them to work in the U.S.

Fotios Tsimboukakis, a Democrat who previously ran for the legislature, criticized Anderson’s statement.  “I invited him to look at the criminals, specially the sexual predators lists, the ones he doesn't want in his hoods, which seem to be heavily populated by American WHITE Anglo males,” he wrote in an e-mail to East County Democratic Club members. “The vast majority of criminals in this country are US citizens of various races and ethnic backgrounds.”

Contentions by Trump and others blaming undocumented immigrants for high crime rates are, in fact, false.

CBS reported on January 27th, “According to analysis of the 2010 census and the American Communities Survey done by the non-profit  American Immigration Council, immigrants to the United States are significantly less likely than native-born citizens to be incarcerated. The authors found that 1.6 percent of immigrant males age 18-39 are incarcerated, compared to 3.3 percent of the native -born.”

When narrowed down to only immigrants believed to be undocumented, the rate of those jailed for crimes was even lower: just 1.7, vs. 10.7 for American-born men without high school diplomas.

Other studies have found similar findings.

Forcing immigrants to live in fear of deportation can jeopardize the public’s safety, however.  A study by the University of Illinois found that Latinos who are victims of crimes are 44% less likely to report the crimes to police for fear of having their immigrant status examined. That means criminals who commit those crimes against vulnerable immigrants remain free to prey on others.

SB 54 aims to do three things:  require state agencies to review and update confidentiality policies, prohibit use of state and local resources to aid in immigration enforcement, and assure that public schools, health facilities and courts remain safe and accessible to call Californians regardless of immigration status.

During the committee hearing, members heard emotional testimony from a college student who described how his father was stopped by campus police for a broken headlight and wound up deported. The student had to quit school to get a job and support his family, adding that half of his family could now face deportation.

De Leon testified that a prior federal program cost California $65 million to detain people who had committed no crimes for immigration authorities; that policy was eliminated under President Barack Obama.

Even if SB 54 measure is passed by the Legislature and signed by the Governor, in its amended form it would still take three months for promulgation of rules, a time gap that could still allow cooperation by state agencies in the interim.

https://en.wikipedia.org/wiki/Shooting_of_Kathryn_Steinle Democrats want these killings to continue. There is NO other reason to block the federal government from deporting illegal felons. California democrats need to hang their heads in shame.

How sad is it that we only see the one name Kathryn Steinle and not the thousands and thousands that could have been saved by enforcing the immigration laws on the books. If Kalifornia won't do it than they should lose all of their federal funding.
This is just a small list of the lives lost to illegal aliens.
http://www.ojjpac.org/memorial.asp