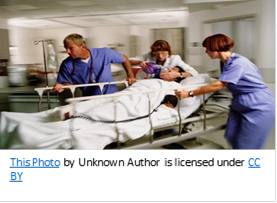 “I appreciate the Governor’s signature of SB 227, which ensures that hospitals prioritize the safety of patients by following the nurse-to-patient staffing ratios already required by law.  The state will now have a stronger mechanism to fine hospitals that repeatedly ignore nurse staffing ratios,” Senator Leyva said.  “Once SB 227 takes effect, CDPH will have another tool to hold hospitals accountable for violating nurse staffing ratios, which will require facilities to promptly correct their potentially dangerous actions and not further jeopardize the safety of patients.”

After Governor Gray Davis signed into law Assembly Bill 394—the nation’s first law mandating nurse-to-patient staffing ratios—in 1999, regulations implementing the requirements went into effect in 2004. The regulations set the minimum ratio of nurses to patient by unit, including one-to-one in operating rooms and one-to-five in general medical-surgical units. These ratios are outlined in Title 22 of the California Code of Regulations and are enforced by CDPH.  Despite the mandated ratios, hospitals repeatedly violate staffing requirements. From 2008 to 2017, there were 634 out-of-ratio deficiencies reported to CDPH.