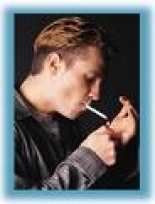 June 9, 2015 (Sacramento)--The California Senate approved a bill last Tuesday that would raise the minimum legal age for buying cigarettes and other tobacco products from 18 to 21 as part of an effort to reduce smoking by young people.

Senator Ed Hernandez introduced the bill in hopes of reducing smoking by restricting teen access to tobacco products. In a January press release, he stated that his main agenda was to bring awareness of the harmful effects of tobacco usage among young adults.

“Tobacco companies know that people are more likely to become addicted to smoking if they start at a young age,” said Hernandez. “We can no longer afford to sit on the sidelines while big tobacco markets to our kids and gets another generation of young people hooked on a product that will ultimately kill them.  That is why I believe we need legislation like SB 151.”

A recent study by the Institute of Medicine found that increasing the age to 21 to 25 would improve the health of young adults and likely result in a 12-16 percent decrease in prevalence of tobacco usage by the time they reach adulthood.

Tobacco usage continues to remain the leading cause of preventable death and disease in the U.S. Smoking leads to approximately 443,000 premature deaths each year, and smoking-related diseases kill more Americans than alcohol, illegal drugs, murder, and suicide combined.

“I think it’s a great law that will save a lot of lives – millions of lives actually, because it’s a well-known fact that tobacco kills one out of three users. If any product came on the market today and they found that out, they’d immediately take it off the market,” he told East County Magazine.

Among San Diego County’s state senators, only  Senator Joel Anderson voted against the bill that would raise the smoking age to 21.

According to the California American Lung Association’s Center for Tobacco Policy and Organizing, Senator Anderson received total contributions from the tobacco industry of $12,400 between 2013 and 2014.

If the bill is signed into law, California could be among the first states in the nation to increase the smoking age to 21. A similar proposal is under consideration  by Hawaii’s governor.