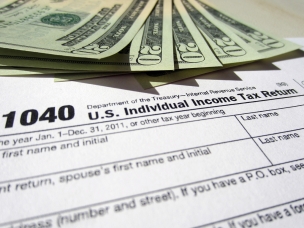 September 27, 2017 (Sacramento) -- Donald Trump is the first president in modern times who did not release his tax return. But if he wants to be on the ballot for reelection in 2020, he may soon have to make his tax documents public.

Senate Bill 149 is currently on Governor Jerry Brown’s desk awaiting approval. It would require all presidential candidates to release at least five years of their income tax returns to appear on the ballot in California.

Trump claimed he wasn’t releasing his tax returns due to an IRS audit, but the IRS later said that an audit does not prevent a person from releasing their returns. Open government advocates say that releasing tax returns is important so that voters can identify potential conflicts of interest, such as Trump’s business enterprises, as well as potentially any income from foreign interests that might have an influence on presidential decision making.

Though Senate bill 149 passed with overwhelming Democratic support, there is no guarantee that Governor Brown will sign it – since Brown declined to release his own tax returns during his last two gubernatorial campaigns.

Even if he does sign it into law, the bill is expected to be challenged in courts—and several other states have already signed similar measures into law.

The U.S. Constitution requires only that presidential candidates be at least 35 years old, and be natural-born citizens who have lived in the U.S. for at least 14 years.

On the other hand, states can and do set their own requirements for procedures required to be on the ballot, and advocates argue that releasing tax forms is within a state’s purview to require in order for voters to make informed judgments.

Presidents of both parties have willingly released their tax returns for the past forty years, the bill’s author, Senator Mike McGuire says, adding, “Transparency is a bipartisan issue.”