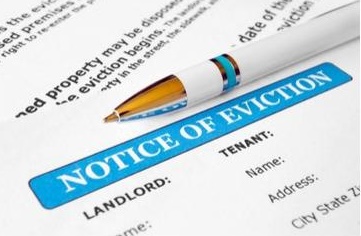 May 2, 2016 (Sacramento) -- Tenants' rights advocates are criticizing a bill getting its first hearing today in the California Legislature.

It would force renters who are contesting an eviction to deposit their monthly rent in an account with an attorney. Assembly Bill 2312 would guarantee that money is set aside to pay the landlord while the trial proceeds.

Larry Gross, executive director for the Coalition for Economic Survival, an advocacy group, claims the bill introduced by Assemblyman Mike Gatto was actually written by the Apartment Association of Greater Los Angeles.

"It will make it more difficult for tenants to defend themselves against evictions," says Gross. "It sort of sets up a 'pay-for-play' situation."

The Apartment Association of Greater Los Angeles says the bill simply requires residents to post unpaid rent as a good-faith pledge to end the dispute quickly.

Today's 9 a.m. hearing in the Assembly Judiciary Committee is the first for this legislation, at the State Capitol.

Gross calls the bill unjust. He says 90 percent of tenants don't have an attorney and could have a hard time finding one willing to set up the necessary account. He points out that the amount they'd be required to put in a separate, trust account might also be part of the dispute.

"Tenants regularly dispute how much they owe," says Gross. "So, a landlord could be claiming a much higher amount that the tenant would be required to deposit with the attorney before they could be defended in court."

He adds there is no similar requirement for other types of legal procedures.