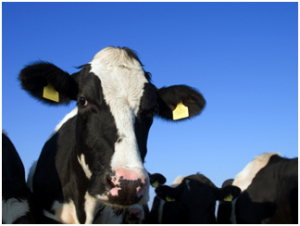 October 13, 2015 (Sacramento) – Governor Jerry Brown has signed the  nation’s strictest standard for use of antibiotics in livestock.

The new law addresses concerns raised by the Centers for Disease Control and Prevention, which estimates 2 million people in the U.S. are infected with drug resistant bacteria,  and 23,000 die each year of these superbugs. Public health officials believe the overuse of antibiotics in cattle, pigs and other livestock in meat and dairy production endangers the public health.

The bill bans the routine use of antibiotics in feed to fatten up farm animals.  Antibiotics needed to treat an ill animal must be prescribed by a veterinarian under the new law.  Some major restaurants and retailers, such as Chipotle’s, McDonalds and Whole Foods, have already taken steps to stop buy products from sources that over-use antibiotics.

I recently drove into California from Arizona, through one of those Ag checkpoints where you slow down, they wiggle their fingers, and then you step on the gas. Keep antibiotics from cattle feed, an additive with a profit motive? Forget it. Best thing -- don't eat meat. It's full of other poisons, too.