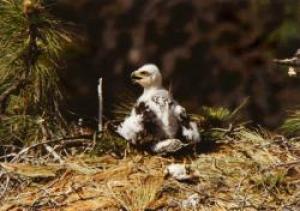 March 9, 2013 (Sacramento)—Wildlife experts are reacting with outrage to AB  516, a bill in the California Legislature that would  allow energy and utility companies to obtain “take” permits authorizing destruction of birds, eggs and nest that stand in the way of electrical transmission infrastructure.

SDG&E  was caught flying helicopters too close to protected eagle nests at least four times during construction of Sunrise Powerlink.  Those incursions in three East County locations resulted in removal of one pilot and suspension of others, as well as grounding, GPS tracking and other regulatory enforcement actions. But if this bill goes through, such activities could occur without penalty in the future.

The Riverside newspaper indicates that could include nest removal, though the term “take” legally means a developer will face no penalties if a bird inadvertently dies as a result of the project.

“Any work around these nests could easily be delayed until late June after the young have left their nests,” Jim Wiegand, a wildlife biologist, told East County Magazine.  “This bill reeks with ulterior wind energy motives and should be killed.” He added that Southern California Edison wind turbines hat slaughtered countless numbers of raptors. 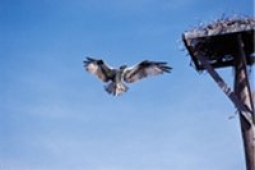 Raptors, including hawks, owls, falcons and eagles, have long been protected under California law and killing endangered or threatened species also carries federal protections.  In nearly all other cases (with the exception of motorists accidentally striking a bird), killing a raptor is a felony that is enforceable with severe penalties.

But recently, the U.S. Department of the Interior has begun issuing take permits  to give wind energy developers immunity from prosecution if they kill a limited number of raptors including eagles.  Now the state may follow suit under the guise of pushing forward “renewable” energy that some environmentalists say are harming the balance of nature by enabling the destruction of raptors that not only fall victim to electrocution from power lines and death by striking wind turbine blades, but now also appear to be losing protection even for raising their young in their nesting sites.

The Canadian government drew outrage when it authorized removal of an active bald eagle nest by Iberdrola Renewables during construction of a wind project, as ECM  reported  in January.  Iberdrola is the developer of Tule Wind approved by the U.S. Bureau of Land Management in McCain Valley, where eagle take permits may also be issued, much to the dismay of residents who have fought against the controversial project.

San Diego’s  golden eagle population has declined dramatically in recent years, falling at least 50%.  Estimates on the number left range from a high of 48 nesting pairs to perhaps as few as 10 – with the higher estimates made by a consultant hired by the wind industry,

Once again, I'm utterly speechless. This is outrageous. Illegal and, most of all, deeply immoral. And where's the Sierra Club?! Green Peace, anyone?!