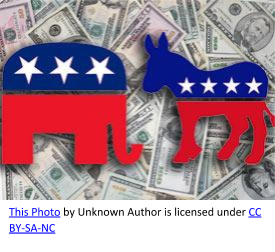 February 10, 2019 (Sacramento) – How much money are candidates in your city or county getting in campaign contributions—and from whom?  A new bill could soon require local governments to post this information online, instead of requiring members of the public to travel to a governmental office and look up hard copies—an option often not available to people who work full-time.

Even if a city or county is willing to scan and email documents in response to a public records request, as some local cities have done when ECM requested campaign finance documents, a local government entity can take up to 10 days to respond under the California Public Records Act. With campaign filings near election time, a voter might not be able to get the donation records in time before casting their ballot.

Campaign contributions are already posted online for federal and state candidates in California.  But a report by Common Cause in 2017 found that 70 percent of cities did not post campaign finances online. Moreover, only 17 California counties make campaign finance data easily accessible online, according to a 2016 report by Stanford University.

In a press release, Gallagher states, “Voters deserve to know who and what interests are contributing to candidates at the local level.”

The bill is expected to get its first hearing at the Capitol next month.

too.  At least one local school board won't provide electornic copies of their tapes, destroys them after a month,and recently refusedto let someone take notes with paper and pencil in the district office.

All government should be transparent to the public. Hopefully this will keep those who are supposed to work for us honest. I'd like to see San Diego county court records easier to access online as well. Since these are public records, all should be readable, and downloadable via the Internet.