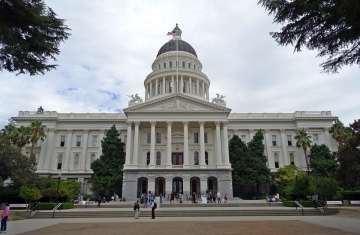 January 8, 2017 (Sacramento) – California has the most delegates of any state in the nation during presidential primary elections.  But states that vote early, even small states, have excessive clout in helping to choose front runners and narrow the fields of candidates in both Republican and Democratic races.

Holding primaries in June means that most presidential primary races are already narrowed down to just one or two candidates by the time Californians go to the polls.

Now Assemblyman Kevin Mullin, a Democrat from San Francisco, wants to change that.  He’s announced plans to introduce a bill that would move California’s presidential primary elections earlier – back to March.

California used to hold its presidential primaries in June, for nearly a half century.  The state moved its primary to March from 1996 to 2004, in other to wield clout and avoid “Super Tuesday” when many other states also cast votes.

In 2008, seeking to boost California’s influence even more, the state moved its primary even earlier—to February--and saw turnout rights from 48 to 58 percent.  Two presidential debates were also held in California that year, with candidates spending money to campaign in our state, no longer able to ignore delegate-rich California.

But holding early elections also proved costly.  To save money, in 2011 the state approved legislation moving California’s primary back to June.

Could an early California primary have made a difference in the 2016 election?

Might California Republicans have chosen someone other than the inflammatory Donald Trump—perhaps a candidate with traditional conservative values, who might have avoided controversies over racism and sexism as president?  Or, perhaps, a candidate who would have lost to the Democratic nominee in the general election?

Could Bernie Sanders have edged out Hillary Clinton to gain momentum early in the game and perhaps won the presidency – or conversely, could a Clinton win early on here have knocked Sanders out of the race and left Clinton in a stronger position to battle the Republican nominee?

If California does move its presidential primary election to earlier in the year, it must also determine whether to also move up Congressional, state and local races to March.  Early deadlines can make it harder for lesser-known candidates to raise funds and run viable races—but would also give California more clout in the outcome of presidential elections.