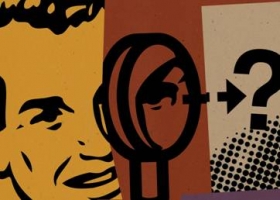 May 2, 2014 (Sacramento) - A bill moving through the state Legislature would allow communities to have more input when a sexually violent predator is released from prison.

Assemblymember Steve Fox says his bill would make the conditional release of these offenders more transparent.

"AB 1607 is a practical bill that allows any county alleged to be the county of domicile to be given notice and an opportunity to participate in the proceedings," he explains.

Current law requires a sexually violent predator who earns conditional release to be sent back to the county where he or she last lived.

This bill would require counties be given notice and an opportunity to be heard in court prior to determining the location where the offender will be required to live.

Fox says his bill is in response to the case of Christopher Hubbart, the so-called Pillowcase Rapist, who was treated in Santa Clara County, but then sent to Los Angeles County without any notice.

"The judge in this case has made the decision to dump this offender into my district," Fox points out. "Not once, but twice."

The bill received unanimous support from the Assembly Public Safety Committee and now moves to the Assembly floor for consideration as early as next week.