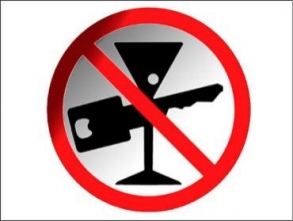 March 15, 2016 (San Diego) — Two San Diego legislators, Senator Joel Anderson (R-Alpine) and Assemblyman Brian Mainschein (R-San Diego) have introduced Senate Bill 1046, a measure that would require people convicted of first-time drunk driving offenses to install an ignition interlock system on each vehicle that they own or operate.  If the device detects alcohol on the driver’s breath, the vehicle won’t start.

Supervisor Dianne Jacob stated, “I firmly believe that this legislation will help us provide another tool to help stop drunk driving before it starts.”

The measure would expand a four-county pilot program to take effect statewide. According to Mothers Against Drunk Drivers, a backer of the legislation, those counties have had a reduction in drunk driving fatalities.

San Diego County, which was not part of the pilot program, had 30 deaths from May to December last year.

The bill is set for hearing March 29th in the State Senate’s Public Safety Committee.