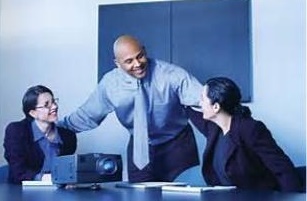 May 1, 2016 (Sacramento) - If you have a credit card or a job, have ever seen a doctor or needed a nursing home, you've probably signed an arbitration agreement that requires you to give up the right to sue, and go through mediation in the event of a dispute.

State Sen. Hannah-Beth Jackson says right now, the arbitration process amounts to a private system of justice, in which the deck is stacked against the little guy.

Senate Bill 1007 would give both sides the right to have a certified court reporter present.

SB 1078 works to stop companies from hiring their favored mediators again and again by barring mediators from soliciting business during a case, and requiring them to disclose any marketing they've done to attract big companies' arbitration business.

SB 1065 says a nursing home can't file an appeal to force arbitration in order to delay justice when someone alleges elder abuse.

"It would absolutely preserve the right of a nursing home defendant to appeal a final judgment," says Monning. "It just wouldn't let them postpone the process in a manner that often results in the death of the claimant before their case can even be heard."

Opponents criticize the bills as too "one size fits all" and say they would have unintended consequences.

Gov. Jerry Brown vetoed a more comprehensive bill to reform arbitration last year, saying it was too broad. So, this is an attempt to accomplish the same objectives, in a more piecemeal fashion.