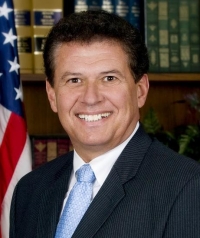 Block expects to focus on his priority issues – education, seniors, veterans and public safety in the coming year. His recent appointment as chair of the Senate Banking and Financial Institutions Committee will offer a new issue area in 2015.

“California is in a better economic situation than it has been for many years, and it’s time to reinvest in those people and programs that will help the state thrive – such as higher education,” Block said.

He credits California’s improving fiscal health with the passage of his SB 850 bill, which will will allow California’s community colleges to offer four-year degrees for the first time ever as part of a pilot program. Recent studies show that California will need one million more adults with four-year degrees by 2025 to remain economically competitive. “SB 850 can help us meet that serious and urgent challenge,” Block said. The selection process to choose the 15 colleges in the pilot is already underway and the pilot schools will be announced in late January.

Below are details on Block’s four other bills that take effect today, January 1, 2015: