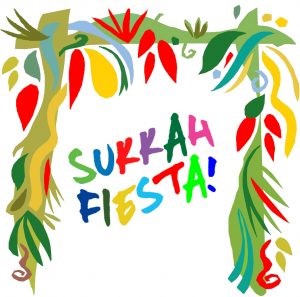 The event, sponsored by Tifereth Israel Sisterhood, is open to all; free babysitting is available upon request.

Festivities get under way with a 5:30 p.m. happy hour, followed by a catered dinner. Speakers from the Tijuana chapter of the Women’s International Zionist Organization will be on hand to discuss the Jewish community south of the border. Also making an appearance will be special guest Cantor Hanan Leberman, a resident of Jerusalem who has performed throughout Europe.

Sukkot is a seven-day Jewish celebration commemorating the Exodus. Sukkot is named after the huts, or canopies, in which Jews are supposed to dwell, and they represent the huts in which the Israelites lived during their 40 years of wandering in the desert after escaping from slavery in Egypt. Sukkot also represents the ancient annual fall harvest and is one of three major pilgrimage festivals in Judaism.

“The Sept. 26 event at Tifereth Israel Synagogue is about celebrating our freedom from slavery and connecting with the Jewish community in Tijuana,” said Sisterhood President Judy Stern. “We have never had an event like this in the past, and we are hoping people in the Jewish community and beyond will come out to support this worthy cause.”

Proceeds from donors will benefit the Eunime Por Tijuana orphanage.

Tifereth Israel Sisterhood is a social, philanthropic and service organization that is aimed at offering women, as well as men, a place to strengthen the bonds that connect us. The organization is affiliated with the Women’s League for Conservative Judaism, and it has donated generously to Tifereth Israel Synagogue over the years.

Tifereth Israel Synagogue is at 6660 Cowles Mountain Blvd. in the San Diego neighborhood of San Carlos.