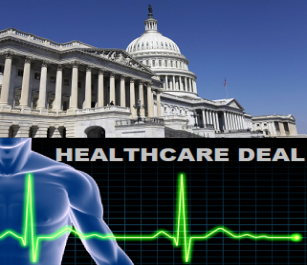 Alexander held a luncheon for Republican senators Tuesday where he outlined the plan.

“Most of the members of the conference are finding out about the details for the first time. I don’t think anybody beyond Lamar and a few others know,” said Republican Senator John Kennedy of Louisiana. "The details are important.”

The subsidies go to the insurance companies to lower out of pocket costs for 6-7 million low income Americans.

The plan also allows states to approve “copper” plans at lower cost but also reduced coverage, including catastrophic care-only plans offered to consumers over age 30; currently only those under age 30 may buy such pared-down plans.

President Trump expressed optimism at the plan, but said it is “a short-term deal” that should eventually be replaced by “block grants going to the states.” He had cancelled the subsidies for insurers under the Affordable Care Act (Obamacare) last week, which prompted announcement of the plan which has been in the works since the latest repeal attempt failed.

Democratic Senator Chuck Schumer of New York, the Senate Minority leader, said, “Unless our Republican colleagues act, the American people will know exactly where to place the blame when their premiums shoot up and when millions lose coverage,” reports the New York Times.

Trump has blamed Democrats for the skyrocketing co-pays and out of pocket expenses many would face due to his cancellation of the subsidy, tweeting, “Any increase in Obamacare premiums is the fault of Democrats for giving us a ‘product’ that never had a chance of working.”

"Senator Murray and I have an agreement," said Alexander. "We're going to round up co-sponsors as best we can."

Democratic US Senators Al Franken and Amy Klobuchar support the plan, reports the Minneapolis Star Tribune, in part because it is estimated to save MinnesotaCare $742 million. Reuters reports that former Democratic presidential candidate Bernie Sanders also supports the bipartisan plan.

Republicans are split on whether or not to support the plan. Some believe the subsidies help their low-income constituents with lower out-of-pocket costs, while others believe it is a subsidy to insurance companies and part of a system they were set on dismantling.

“We could be quickly distracted by that,” said Republican Senator Thom Tillis of North Carolina. “We don’t want to shift our focus away from tax reform.”