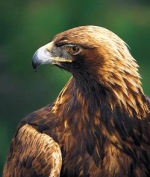 Nava’s position is supported by the Audubon Society. California Audubon spokesman Dan Taylor said shots that miss their targets fall to the ground, where lead pellets are often ingested by birds and other wildlife.

“The liberal majority is at it again using their questionable science in a quest to shut down sports hunting in California,” he said. Hollingsworth noted that in August 2009, the California Fish and Game Commission voted four to one against widening the ban on lead ammunition beyond the condor range. He blamed the current bill on “an extreme environmental group pushing the ban.”

According to the U.S. Fish and Wildlife Service fact sheet issued in 2009, regulations restricting lead shot have been enacted in 29 countries. “ Before the 1991 nationwide ban on the use of lead shot for waterfowl hunting in the United States, an early study estimated that up to 3 percent of all waterfowl in North America died annually from lead poisoning.,” that report states. “Birds of prey and other predators were also poisoned as they fed on waterfowl that were sick from ingest¬ing lead shot, dead, or crippled by lead shot embedded in their tissues. The ban was instituted to protect waterfowl as well as their predators, such as eagles.”

The USFW report notes that “many types of nontoxic shot are available to waterfowl hunters in the United States.”

A ban on lead ammunition in condor habitat took effect in July 2008. That measure was also authored by Nava, who is now running for California Attorney General. Opponents argued that the ban on lead ammunition for deer hunters would discourage hunters. But the Department of Fish and Game has reported that compliance among deer hunters has been “very high”, according to Taylor, the Ventura County Star reported. He added, “There are preliminary indications that the level of lead poisoning detected in blood tests of California condors in Southern California has declined.”

Eagles and other birds of prey have suffered declining populations in San Diego and Orange Counties, the Los Angeles Times reported in 2008. According to the report, experts believe the raptors “ appear to be suffering a variety of harmful environmental changes that are happening all at once: reductions in available prey, drought, West Nile virus and continuing loss of habitat because of expanding human presence and large, destructive wildfires.”

In northern California, “tens of thousands” of birds have been killed by the Altamont wind turbines, the Sierra Club estimated in 2009, including eagles and other birds of prey.