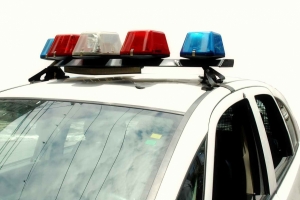 June 30, 2017 (El Cajon) – El Cajon Police Department warns that a 13-year-old girl walking her dog shortly before 1 p.m. today in the 400 block of Hart Drive in unincorporated El Cajon was followed by a black, four-door sedan.

The driver, described as a Hispanic male around age 25, thin with short black hair, is wanted for annoying a minor.

According to Sergeant Josh Stone, the driver drove past the girl toward Victor Street and honked his horn, then made a U-turn.  The girl walked into a driveway and the vehicle followed.  The driver asked the girl how old she was and where she lived, however he left after behind spooked by a vehicle which turned into the driveway behind him.

If you have any information, please call Crime Stoppers at (888) 580-8477 and you will remain anonymous. You may be eligible for up to a $1,000 reward for information leading to a felony arrest.