Update: This bill was sent to the suspension file, which likely means it will not win passage this session. 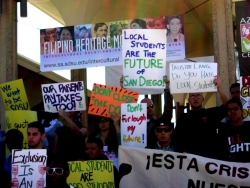 Now Assemblyman Marty Block (D-Lemon Grove) has authored AB 2401, a bill that would mandate that all CSU campuses give priority to local students. The measure is set for hearing tomorrow in the Assembly Appropriations Committee--and backers are seeking public support.

“Please contact your Assemblymember and urge a yes vote on AB 2401,”  Pat Washington, PhD, a professor at SDSU’s Women’s Studies Department who has been leading efforts to restore priority admissions for local students, said in an e-mail sent to students and other supporters. “This is one of the most important bills the legislature will consider this cycle. We must stand together to help make it impossible for the Governor to veto this bill.” 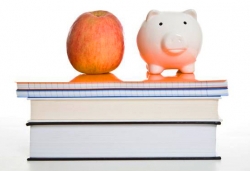 Weber has contended that eliminating local student guarantees was necessary due to education funding cuts resulting from the state budget crisis. The policy change has put the squeeze on community colleges in East County, where application and admission rates have soared even as their funding has also diminished.

Admitting local students is less profitable for CSU colleges amid today’s budget crunch, when campuses can make more money by renting dormitory rooms to students from outside their local areas.

But Washington observes, “The real purpose of the California State University is to educate our young people not to run hotels."

Students who live at home can save $6,000 a year on average in housing costs and food. The cost of attending a CSU school while living at home averages $14,591. Going to a distant CSU school and living on campus runs $20,105; off campus is even higher at $21,145. Students have already been hit with tuition increases and many families are struggling with job or housing layoffs in today’s tough economy.

Block convened public meetings in San Diego recently on the issues. Weber did not attend, though SDSU sent other representatives. Following the session, Block concluded that the policy change was done without public input or transparency.

“I am particularly concerned that changes to the admissions policy were announced only ten days before the beginning of the fall application period,” Block stated in a message on his website. “This lack of notification has left countless students in a potential state of limbo as they complete their requirements for guaranteed admission even though that “guarantee” has now been eliminated.

Students who kept their part of the bargain must not be left without an opportunity for a college education. Current local applicants played by the rules, followed the advice of their counselors, and met SDSU’s published admission requirements. Now SDSU is changing the rules. That is fundamentally unfair.”

If you wish to contact your legislator to voice your views on this measure, you can find contact information in our Citizens Action center: http://www.eastcountymagazine.org/0809soundoff .