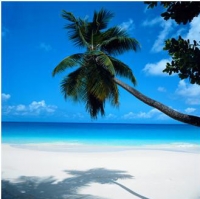 March 27, 2010 (Sacramento) Assembly Bill 1178, also known as the “Cayman Islands Tax Loophole” bill, recently passed the Assembly and will next be considerate by the Senate. The measure authored by Assemblyman Marty Block (D-Lemon Grove) passed the Assembly with a 42-28 vote.

AB 1178 would generate an estimated $120 million in revenue currently lost to a few large corporations which hide California-sourced income in foreign accounts. The bill would also help college students by reducing the state’s sales tax on college textbooks, utilizing the anticipated revenue from the loophole closure to achieve this assistance for struggling students without cost to the state.

Among San Diego County’s legislators, DemocraticAssemblymembers Block, Salas and Saldana voted in favor of the bill. Republican Assemblymembers Anderson, Harkey, and Jeffries voted against it.

Former Speaker of the California Assembly Karen Bass commented on the significance of this legislation. “Too many large corporations hide their assets offshore to avoid paying the taxes they owe”, said Bass. “AB 1178 addresses this inequity and levels the playing field so the rest of us, who play by the rules, aren't left paying higher taxes for these corporate deadbeats.”

Assemblymember Block’s 2008 TV campaign ads showed him using a white board to demonstrate how some corporations were hiding money off shore in the Cayman Islands. AB 1178 follows through on his campaign pledge to hold corporations accountable by requiring them to pay their fair share.

“Each year, millions of Californians dutifully pay their taxes,” said Assemblymember Block. “There is no reason these multi-national conglomerates shouldn’t do the same. AB 1178 doesn’t make large corporations pay greater taxes, and it doesn’t create a new tax. It simply closes a loophole they have for too many years been abusing.”

For additional information on AB 1178,  view Assemblymember Block’s web report video at http://democrats.assembly.ca.gov/members/a78, or contact his office at (916) 319-2078.

Totally agree! Taxes should remain in the country! And this thing big! As part of the whole country!