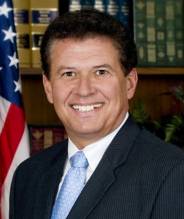 October 6, 2012 (San Diego)— A whopping $1.2 trillion in impending federal budget cuts  would have a grave impact on jobs, the economy and schools in the San Diego region.  The impacts of those cuts—and what can be done to survive any resulting damage—were subjects of a hearing by the Assembly Select Committee on San Diego Trade, Tourism and Job Creation chaired by Assemblymember Marty Block (AD-78). Block presided over the session, and said the impact of the federal sequestration without change amounts to “a perfect storm” that would produce devastating job losses.

The cuts, set to begin Jan. 2013, would be triggered by Congress’s failure to enact a plan to reduce the national deficit by $1.2 trillion as required by the Budget Control Act of 2011. The cuts would reduce military budgets by 9.4 percent and domestic programs by 8.2 percent. Education, workforce development and public health are among the major areas that would be affected by the cuts—described as a “blunt and indiscriminate instrument” in a White House Office of Management and Budget report.

Erik Bruvold, president of the National University System Institute for Policy Research, kicked off the hearing at the Port Pavilion at the Broadway Pier with an analysis of the “fiscal cliff” facing California and the nation.

“We know that reductions will have significant ripple effects on our delicate economic recovery and economic confidence as entrepreneurs and business leaders make decisions about hiring, investment, riding out the storm or quitting – and families make decisions about their own budgets for new home expenditures, holiday spending or going out to dinner. It’s all very interdependent,” Block said.

The potential Department of Defense cuts are generating serious concerns in the San Diego region, where military spending contributes nearly $21 billion to the local economy annually. “The entire state will be affected, but San Diego may have the most to protect. One in four jobs is tied to defense spending in some way,” Block said.

“The end of two wars, serious budget pressures and new priorities for our national defense have converged to create a critical pivotal point for San Diego,” said Sean Barr, vice president of economic development at the San Diego Regional Economic Development Corporation. “Although these budget cuts present an inevitable challenge, as a unified region, we have the unique opportunity to leverage our assets and lead San Diego and the nation through this transitional period.”

Paul Webster, vice president of public policy for the San Diego Regional Chamber of Commerce, also emphasized the threat posed to the region. “These impending budget cuts could be enormously detrimental to our local economy. San Diego has the highest concentration of military personnel in the nation and represents one of our biggest economic drivers. Sequestration would have a huge ripple effect throughout San Diego with major job losses in the military as well as in almost all other industries,” Webster said.

Speaking to the impacts on the City’s economic development, San Diego City Councilmember Sherri Lightner said, “Make no mistake, protecting our military operations here is not only a local but also a national concern. It is in this country’s best interests to continue to grow San Diego’s military presence because our location and our people are uniquely suited to provide the well-trained, efficient and cost-effective military of the future.”

Schools would also face severe additional reductions if sequestration occurs. State Superintendent of Public Instruction Tom Torlakson said California schools have already faced almost $22 billion in state cuts over the past five years. In a letter to Block’s committee, Torlakson said, “Based on the report released by the Office of Management and Budget, the projected impact of the cuts for non-defense discretionary spending is 8.2 percent.” Torlakson said the impacts would vary across the state, but it could mean a projected loss of $135 million in Elementary and Secondary Education Act Title I funding for California as a whole. Torlakson estimated the loss to the San Diego Unified School District could reach $3.5 million.

San Diego Unified School District Superintendent William Kowba underscored the local fallout for his district: “The impacts of sequestration will have another devastating impact on K-12 education on top of the continuing cuts in state funding,” Kowba said. “The additional 8 percent cut to our federal funding would hurt our neediest students—our students and schools in high poverty areas.”

Block said the Monday hearing was aimed at beginning to gather information and ideas from local government and business leaders to prepare to deal with and mitigate potential job losses and other issues arising from sequestration. “We will continue to urge the federal government to act strategically, but it’s also critical that we are able to recover quickly and grow our economy and local businesses come Jan. 1, if the worst scenario becomes reality,” Block said.