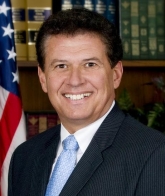 August 23, 2010 (Sacramention)--Assemblymember Marty Block (AD-78) announced today that AB 184 has cleared the Legislature and is now awaiting action by the Governor. The bill prevents the California Department of Education from requiring school districts to repay the state for Special Disabilities Adjustment funding that they received in the last fiscal year and already used to teach special-needs students in their classrooms.

“This legislation corrects a terrible mistake on behalf of the state that forces school districts to repay critical funding they used to provide special education resources to teach some of our neediest students,” said Block. “School districts have already begun to see some of their funding revoked and in the face of devastating cuts to public schools, they simply cannot afford to make up the difference. In the absence of a budget agreement, this bill restores the funding to school districts and prevents them from making additional reductions to staff and classroom resources. AB 184 should be signed into law immediately.”

Last June, CDE announced that it did not have the authority to distribute the funds that were included in the 2009-10 Budget Act. Furthermore, without emergency legislation CDE would start taking back the SDA funds from school districts that were already received and spent. On July 1, school districts started to see their special education funding taken back retroactively by the state.

This bill reflects the Budget Conference Committee's action relative to the SDA funding. It provides for the continuation of the SDA funding through the 2010-11 fiscal year and repeals the existing formula on July 1, 2011. Yet, absent a budget agreement, the funding uncertainty may obligate some districts to layoff employees in order to meet immediate county office solvency requirements. This legislation will allow school districts to retain last year’s SDA allocation, money that has already been used to educate students in special education programs.

AB 184 is sponsored by the San Diego Unified School District. San Diego County is one of the counties in the state with an elevated concentration of special education students that require particularly high-cost education services.

Districts in the county receive $17 million or 25% of the total SDA funds allocated each year.

San Diego is one of two home ports designated by the U.S. Navy for exceptional families. “Exceptional families” is a term that applies to families with autistic children that need the kind of medical and educational services that are offered in San Diego. As a result, San Diego Unified and other school districts in the county have extraordinarily high concentrations of autistic students, and this funding is important to providing these children with a quality education.

The school districts that will benefit from AB 184 include small, medium and large districts throughout San Diego County. For example: