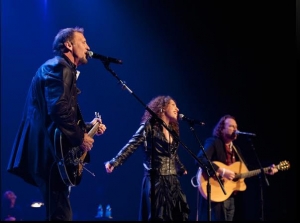 August 30, 2015 (Poway) – Poway OnStage, the foundation that supports the Poway Performing Arts Center, will present Blue Sky Riders in an intimate acoustic concert to open the Silver Anniversary season.  The show will take stage on Sunday, September 20th at 7 p.m.

Here is the full season line-up:

Hank and My Honky Tonk Heroes

Dancing with the Movies