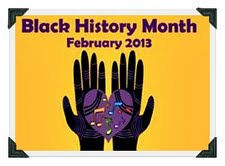 The presentation, dubbed "Day of Giants," is free and open to the public.

Cheatham is a pianist, composer and author whose full-throated vocals and rousing barrelhouse piano led her to perform with rhythm and blues icon Big Mama Thornton for a decade, and, in the '80s, to tour with Cab Calloway. "Sweet Baby Blues," her debut album with her late husband Jimmy Cheatham on the Concord Jazz label, was awarded the Grand Prix du Disque de Jazz, the French equivalent of a Grammy. The album, which includes "Meet Me With Your Black Drawers On," is regarded as a blues classic.

John Handy, whose soulful and fiery saxophone style is instantly recognizable to generations of jazz fans worldwide, has performed in the world's great concert halls, including Carnegie Hall, Lincoln Center, and the Berlin Philharmonic Auditorium, and at preeminent jazz festivals including the Monterey Jazz Festival, Newport Jazz Festival and the Chicago Jazz Festival. His highly acclaimed original compositions, "Spanish Lady" and "If Only We Knew," both earned Grammy nominations for performance and composition.

Jeannie Cheatham and her husband, Jimmy, were the biggest influences on me. As a student at UCSD in the early 80s, I saw Jimmy nearly every day, and saw Jeannie every Sunday at the jam sessions the two of them held. This is where I truly learned to become a musician.

Since Jimmy's death a few years ago, Jeannie stopped playing piano and singing, a huge loss to our music community. So it's great to see that she'll be sharing her experiences on Feb. 21st. I teach jazz history at Grossmont College, and for Jeannie to be on my very own campus is serendipitous. I'll make sure my students are there, and of course I won't miss it. I urge anyone who has an interest in jazz to come to this presentation. Thanks, Miriam, for letting us know about it!