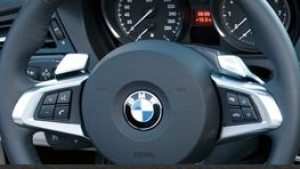 The recall includes 3-Series cars from model years 2000 to 2006.  That includes over a half million vehicles in the U.S.

The airbag issue has also affected other auto makers and the BMW recall is a precaution.  The air bag inflators in systems manufactured by Takata Corporation can rupture, causing airbags to fail and shards to fly out, possibly causing injury.

BMW plans to replace all passenger side front air bags.  This is a new recall, after an early recall in May of other models for the same concerns.