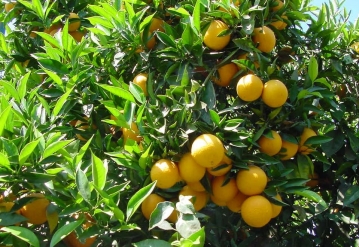 September 16, 2019 (San Diego) - San Diego County Supervisors voted Wednesday to pay property owners to keep roughly 300 acres of their land in agricultural production instead of possibly selling it into development, as part of a program to preserve agriculture and still support farmers and ranchers.

The County Board of Supervisors voted 5-0 to pay nearly $690,000 to turn 143 acres in Fallbrook and 155 acres near El Cajon into agricultural easements as part of the County’s Purchase of Agricultural Easement (PACE) program.

Under the exchange, the owners would keep the property they are currently using for grazing and to grow avocados, citrus and olives, in return for keeping the land in agricultural use forever.

The County created PACE as a pilot program in 2011, and fully established it in 2013, to preserve agricultural land in the unincorporated areas. PACE does that by paying agricultural landowners who want to place a permanent easement on their land that will limit its future use to farming and-or ranching.

The Board of Supervisors has taken several actions in recent years to boost agriculture, recognizing the $1.76 billion industry as an important economic driver for the region.

To date, the County has acquired more than 2,034.98 acres of agricultural easements for roughly $5.84 million. The two new purchases will increase that total to roughly 2,333 acres.

Initially, the PACE program aimed to conserve agriculture land specifically in areas where housing density levels were reduced by the County’s general plan update in 2011.

However, County staff said Wednesday that PACE will be expanding eligibility to all agricultural land in unincorporated areas, based on a measure in County Climate Action Plan the Board approved in 2018.