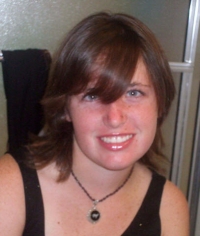 March 7, 2010 (Escondido) – The county medical examiner’s office has used dental records to positively identify remains found Saturday as those of Amber Dubois, the 14-year-old teenage girl who went missing while walking to Escondido High School on February 13, 2009.   Her disappearance resulted in a massive search over more than a year and made headlines nationally.

In a press conference held at 3:30 today at the Escondido Police Department, Escondido Police Chief Jim Maher announced that the remains were found Saturday in a very rugged and remote area of Pala, north of the Indian reservation.  Authorities were acting on a tip, he said. The family was notified by Sheriff's and police officials.

Officials declined to answer any questions on the case. It is not clear whether John Gardner III is suspecting of killing Dubois. The convicted sex offender was arrested and charged this week with the murder of 17-year-old Chelsea King, the Poway High School honor graduated who disappeared while jogging in Rancho Bernardo.

Gardner was previously convicted of lewd and lascivious acts with a 13-year-old.  A psychologist warned that he should not be released, as he had shown no remorse and still posed a danger to other young girls.  Gardner was living within two miles of Dubois when she disappeared. Authorities have previously stated that they were looking into a possible connection between Gardner and Dubois.

Maurice Dubois, Amber’s father, thanked the many volunteers who helped search for his daughter, calling them “the most dedicated people you can ever imagine.”