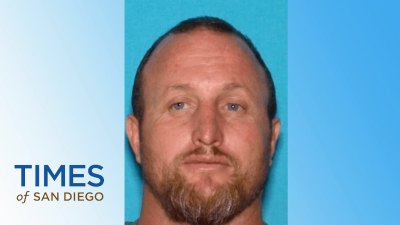 February 27, 2021 (Dulzura) - County authorities on Friday said they have found the remains of Christopher Paul Parkhurst, 47, who was reported missing in early January, sparking an intensive search.

The cause and manner of his death are pending autopsy, said Lt. Thomas Seiver of the Sheriff’s Homicide Unit.

Seiver said U.S. Border Patrol agents on Wednesday notified the Sheriff’s Department of human remains near the 1800 block of Barrett Lake Road in Dulzura.
Homicide detectives have been actively searching for Parkhurst, he said.
On Jan. 24, homicide detectives and about 80 volunteers with Sheriff’s Search and Rescue conducted an all-day search for Parkhurst near the 23000 block of Horizon View Drive in Potrero.
Parkhurst’s body was found in a rugged area about a mile northwest of the Potrero search location.
Parkhurst’s family on Jan. 3 reported him missing. Deputies assigned to the Campo Substation, immediately began to investigate.
Investigators determined Parkhurst was last seen by an acquaintance on Dec. 23, 2020, in the 23000 block of Horizon View Drive in Potrero.
Anyone with information about this incident is asked to call the Homicide Unit at (858) 285-6330/after hours at (858) 565-5200. You can remain anonymous by calling Crime Stoppers at (888) 580-8477.