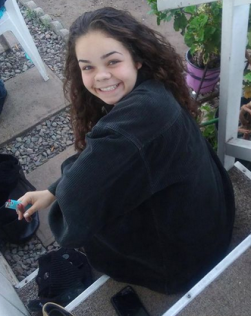 November 13, 2022 (San Diego’s East County) – The San Diego County Medical Examiner has identified a body found on March 13 in La Mesa  as that of Cassidy Hopwood, according to El Cajon Police.  Hopwood, an El Cajon resident, was reported missing in February.

Both La Mesa and El Cajon Police have listed Hopwood’s age as 17. However, on Facebook, the RAD movement, an organization that helps families locate missing teens, states that she was 16 when she went missing and when she was found dead.

The group also leveled criticism at police handling of the case.

The RAD Movement page states that the group was in touch with Hopwood’s grandmother and father for months “without any assistance from law enforcement.” RAD movement calls the LMPS and ECPD press releases and social media posts “insensitive and inappropriate at this time,” adding, “The same care, concern and diligence was not shared when Cassidy went missing or when her body was recovered. These posts have only perpetuated further pain for the family.”

According to El Cajon police, “At this time, foul play is not suspected and her death is being treated as fentanyl-related.”  The ECPD release adds, “Our thoughts are with her loved ones  and anyone who has any information on this case is asked to call the La Mesa Police Department at (619)667-1400. “

LMPD found the body behind a business in the 7900 block of El Cajon Blvd. The LMPD release, which did not list Hopwood’s name since she was a minor, states that the body had no identifying information and that the Medical Examiner has been working to identify the decedent since then.

It is unclear why it took seven months to identity the juvenile reported missing just a few miles from where her body was found.