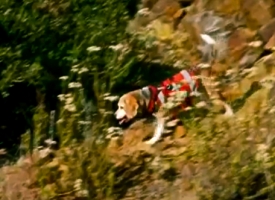 July 22, 2010 (Pine Valley) -- Sheriff Bill Gore announced that the body of a man has been located south of Interstate 8 and just west of the Pine Valley Bridge. The discovery was made this morning shortly after 9:00 a.m. by Sheriff’s Search and Rescue volunteers.

A video released late today by the Sheriff indicates the remains are those of a “previously missing person.” The video shows a cadaver-sniffing beagle apparently locating the body amid rubble and boulders at the base of a steep, rocky slope. View the video. www.youtube.com/watch 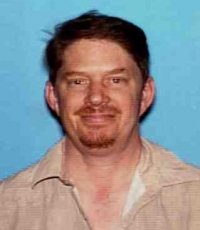 The County Medical Examiner conducted an on-site investigation this morning and will conduct subsequent examinations at the department’s Kearny Mesa office, but has not yet identified the body. The Sheriff’s department has not released information on cause of death.

Sheriff’s search and rescue workers were in the Pine Valley area today, however, continuing the search for Steve Smith,47, whose vehicle was towed from the Pine Valley bridge on I-8 on July 8. Damage to the undercarriage indicated it had been driven off-road.

A resident of Rancho San Diego, Smith was last seen on June 30th but was not reported missing until July 12. An earlier press release from the Sheriff indicated he may be suicidal and in possession of a firearm.