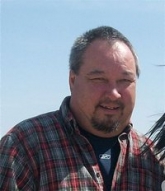 October 21, 2010 (San Diego’s East County) – A body found by hikers in a vehicle that plunged into a ravine off I-8 has been identified as David Mow, 56, who has been missing since July 22nd.

"My brother rests peacefully now. Thank you all for your support, prayers, love," Dot Darragh posted on a Facebook page devoted to the search for Mow. "I will forever love and miss my brother and be grateful for all of you have touched our lives."

“David was apparently eastbound on I-8 headed into the Imperial Valley,” family member Michael Mow told East County Magazine yesterday. “I understand the vehicle was not visible from the road or the air and was so deeply wedged into the rocks that it could not be extracted," he said, adding that a recovery team had to cut open the vehicle to remove Mow's remains.

Confirmation came from matching the VIN number on his vehicle and finding his I.D. at the scene, as well as a positive identification made through dental records.

Mow’s niece, Kim DeMars, had described her uncle as “a great big teddy bear of a guy,” following his disappearance shortly after Mow sent an upbeat text message to his fiance on July 22.

Mow was a resident of North Park. His disappearance prompted widespread media coverage as well as extensive air and ground searches by law enforcement. Family members indicated that Mow had previously suffered a medical collapse in February, when he was found unconscious in a local hospital where he remained for a week without a definitive diagnosis. It is unknown whether a medical problem may have caused his fatal accident.

He is survived by two children, six brothers and sisters, and an extended family. He owned a kitchen and bath remodeling business that had closed because of the economic downturn.