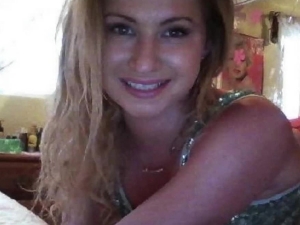 June 6, 2015 (El Cajon)--An El Cajon mother is mourning the loss of her 20-year-old daughter, Victoria Zubkis, whose body was found in the ocean near the Ocean Beach Pier on May 28th.   Zubkis’ mother had reported her daughter missing two days earlier, when she went to visit a friend in Ocean Beach.

The Medical Examiner’s office used dental records to identify Zubkis, but the body was too decomposed to determine the cause of death. Toxicology tests have been ordered but results will take several weeks to complete. There was no sign of foul play, and the San Diego Police Department has indicated it is not investigating the death as a homicide.

The Union-Tribune reports that Zubkis was an award-winning gymnast who also worked with an acrobatic troupe in Mexico, where her father, Steven Zubkis, resides. He has stated that he hired a private investigator to look into what happened to his daughter.

Friends told 10 News that Zubkis was a strong swimmer, and the circumstances of her death remain a mystery.

A memorial was held Friday in El Cajon.