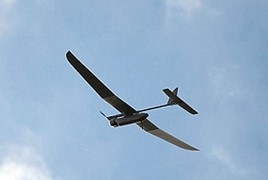 Based on these findings, Homeland Security’s Office of the Inspector General recommends that the Border Patrol abandon plans to spend an additional $443 million on more drone aircraft and instead, put those funds to better use.

In its second audit of the program since 2012, the Inspector General found that the Customs and Border Patrol Offices Air and Marine program has not achieved its intended results. Its impact on stemming illegal immigration has been “minimal” and comes at a high cost, with no reliable way to measure performance.

The Inspector General specifically found that, during Fiscal Year 2013:

The Office of Air and Marine calculated that it cost $2,468 per hour to operate a drone. But the Inspector General found that was a huge underestimate, with the actual price tag $12,255 per hour when costs such as salaries for operators, equipment and overhead are added in.

Flight times fell far short of the original goal to have drones flying 365 days a year, 16 hours a day.  In fact they flew only 22% of that time and were often grounded due to bad weather.

Customs and Border Patrol touted drone surveillance to be for the entire southwest border – nearly 2,000 miles from Texas to California. But actual drone deployment was mainly limited to a 100 mile stretch in Arizona and 70 miles in Texas—meaning there was virtually no benefit from the program to border security efforts here in California.

Overall, drones were credit with assisting in less than two percent of apprehensions of  people crossing the border illegally.

Homeland Security Inspector General John Roth concluded, ““Notwithstanding the significant investment, we see no evidence that the drones contribute to

a more secure border, and there is no reason to invest additional taxpayer funds at this time.” He adds that while securing our borders is a crucial mission for both Customs and Border Patrol and Homeland Security, the drone program so far has “fallen far short of being an asset to that effort.”