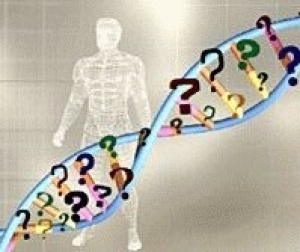 January 8, 2020 (Washington D.C.) – The U.S. Customs and Border Patrol has initiated a 90-day pilot program starting yesterday to assess the impact of proposed regulatory changes that would require collection of DNA samples from many individuals in CBP custody, including minors.  The pilot program will be limited to the Detroit area and the Eagle Pass port of entry in Texas.

DNA will be collected from people ages 14-79 who are apprehended and processed in Detroit.  At the Texas location, the DNA collection will be done on individuals who seek admission to the U.S. and are subject to further detention or proceedings.

According to CBS News  the action is the first phase of a sweeping five-part, three year Department of Homeland Security initiative “to obtain DNA profiles from virtually all migrants in U.S. custody, whether or not they've committed crimes.”

The plan to enter migrants’ DNA into the FBI’s Combined DNA Index System known as CODIS has drawn objections on privacy rights grounds and concern over having DNA of children brought here by their parents being entered into a criminal database.

"This is going to be a massive intrusion into individual privacy and it seems to us like a way of just collecting a DNA databank of people who are in immigration custody — which we view as really problematic," Stephen Kang, an immigration attorney at the American Civil Liberties Union (ACLU), told CBS News.

Phase I would collect DNA only from migrants with criminal charges, as well as citizens and green card holders referred for prosecution. But in later phases, the Border Patrol would expand the scope to ultimately allow DNA collection even of some migrants with no criminal record, such as individuals who miss a court appearance.

The DNA testing is being done with a cheek swab, a process that requires training for those who administer the test.

Under the Obama administration, DNA testing was only done on people detained on criminal charges, not people held for administrative proceedings or deportation proceedings.

Get a warrent for each attempt to collect a sample unless the person has a documented voilent criminal history.