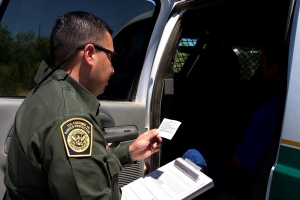 May 31, 2017 (San Diego) – Over the holiday weekend, U.S. Customs and Border Protection officers working at the ports of entry along the California border with Mexico intercepted almost 270 pounds of narcotics, valued at over $1.4 million. A total of 14 fugitives with outstanding felony warrants were also captured, including a suspect wanted for homicide.

From Friday, May 26 through Monday, May 29, CBP officers intercepted 88 pounds of methamphetamine, 34 pounds of cocaine, 27 pounds of heroin and 120 pounds of marijuana. CBP officers discovered the narcotics hidden inside vehicles in various places such as the seats, spare tire and gas tank.

During the same time period, the 14 fugitives were arrested for various charges that included assault, felony homicide, parole violation and vandalism. A significant interception occurred on May 28, when a 39-year-old male U.S. citizen entered through San Ysidro port of entry and officers determined he was wanted by the Arapahoe County Sheriff’s Office in Littleton, CO, for multiple charges, including homicide.

CBP officers at the border crossings in Southern California routinely stop illegal activity, while processing millions of legitimate travelers into the United States. Those statistics can be found here: CBP-enforcement-statistics

Criminal charges are merely allegations. Defendants are presumed innocent unless proven guilty in a court of law.