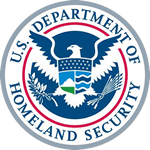 July 30, 2015 (Otay)--U.S. Customs and Border Protection officers at the Otay Mesa port of entry Tuesday caught a man wanted by the San Diego Police Department for a 2007 homicide at Donut’s Plus in San Diego’s Kensington neighborhood.

The CBP officer inspected the man, Martin Villalpando, Jr.; during the inspection, the officer discovered that he was wanted by the San Diego Police Department in connection to the 2007 homicide of Daroon Green.

CBP officers used fingerprints to confirm his identity, and turned Villalpando over to the SDPD; he was booked into the San Diego County Jail.

According to the San Diego Police Department, Villalpando is wanted in connection with a 2007 homicide when Damon Green was shot and killed while at a donut shop on El Cajon Boulevard.  Prior to the shooting, Green and two suspects exchanged words at the taco shop next door.   Police have been soliciting information in this case throughout the intervening years, working to identify the suspects.

“Thanks to the hard work of the detectives in the San Diego Police Department, a suspect in this homicide from eight years ago was identified, allowing CBP officers at the border to take him into custody when we encountered him,” said Pete Flores, Director of Field Operations for the San Diego Field Office.  “We work closely with our partners in local law enforcement to help make our communities safer.”

In fiscal year 2014, CBP officers at the border crossings between California and Mexico arrested more than 2,000 people with active warrants for their arrest.