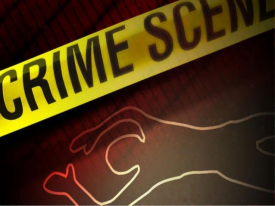 November 2, 2018 (Boulevard) – David Smith, 52, has been arrested for the murder of his brother, Danny Smith, 63.  Rural Sheriff’s deputies responded to multiple 9-1-1 calls yesterday at 4:17 p.m. reporting  a shooting at the large rural property at 38326 Highway 94 in Boulevard, where the brothers lived in separate residences.

Deputies found the victim inside the home, dead, with a traumatic gunshot wound, says Lt. Rich Williams with the Sheriff’s homicide unit.

David Smith has been booked into San Diego Central Jail, where he is being held without bail on a murder charge. Sheriff’s homicide investigators are conducted the investigation.  An autopsy will be conducted.

You can also remain anonymous by calling Crime Stoppers at (888) 580-8477, or visiting the Crime Stoppers website at https://www.sdcrimestoppers.org/