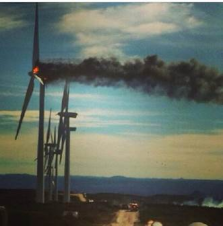 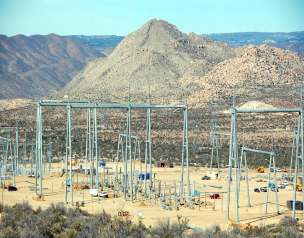 November 27, 2016 (San Diego) - The Boulevard Planning Group voted unanimously to send a letter to County officials voicing concerns that the County’s Climate Action Plan and Comprehensive Renewable Energy Plan will adversely impact the Boulevard/Jacumba area, where mostly low-income residents have already been “disproportionately targeted” for 31 major energy–related projects planned, approved or built in the past decade, according to a letter signed by BPG Chair Donna Tisdale.

Those include massive industrial scale wind and solar projects that scrape bare thousands of acres, along with related transmission lines and substations, creating environmental and public safety threats of their own.

The County is moving forward with the plans, along with a General Plan Amendment, to comply with state mandates to reduce greenhouse gas emissions as well as a court order following a Sierra Club lawsuit. Tisdale says the rural planning group supports incentives to support renewable power but wants priority given to smaller-scale projects close to where power will be used.

“There is no need for industrial scale rural energy or transmission projects that increase fire risk, impede firefighting, destroy carbon sequestering arid soils and vegetation, increase dust and dust borne pathogens, consume millions of gallons of water, and degrade property values and tourism draw. Point-of-use self generation renewable alternatives, where the energy is consumed, should be prioritized,” her letter states.

She adds, “We are concerned that the pending combined CREP / CAP may further adversely impact our rural communities, community character, quality of life, a wide variety of natural resources including sole-source groundwater, clean air, wildlife, public health and safety, increased fire risk and heat islands, and other socio-economic issues, unnecessarily.”

The rural planners want to see environmental justice impacts fully analyzed in the county’s plans. They also want to see solar net metering count toward the state’s renewable energy mandate; currently only utility-scale industrial projects are allowed to be counted, creating a misleading undercounting of alternative energy already being produced.

Energy companies and the county have pushed through gigantic scale projects such as Tule Wind slated to be built on largely public recreational lands in McCain Valley.  Tisdale states, “Feel good mitigation measures that are artfully weasel worded to downplay and marginalize the very real impacts felt at ground – zero in our rural communities must be avoided.“

The letter also takes the county to task for reducing rural bus routes, not providing adequate charging stations for electric vehicles in rural areas, not adequately protecting forests and other vegetation, not adequately assessing groundwater impacts of major projects, and restricting future wind energy projects only to the already heavily-impacted Boulevard community.

thank you Miriam for keeping this in the public focus. I may not agree with you on everything, this issue is one that unites us. the green fraud will continue to destroy habitat and rural ways of life. a balanced energy portfolio will provide electricity in a safe and reliable manner. natural gas and modern nuclear can put this horror show to a stop

I've made the trip many times and can imagine the whole mess from your description.

Driving back from the Colorado River at night yesterday and passing by a hundred simultaneously red blinking lights in Ocotillo brought back feelings of anger . . . especially when observing first hand the wind turbines were NOT turning! There was probably TOO MUCH wind considering that there was a warning on the side of the freeway for high profile vehicles. We used to camp and hike in Ocotillo - NOT ANY MORE! The residents were lied to when they were told the wind turbines would be 5 miles from town. Driving on further up the mountains, more red lights all around Jacumba Hot Springs, then around the Boulevard area. McCain Valley, which has two remote public campgrounds several miles away from Boulevard, is next. The tranquility and ability to enjoy the natural setting in our far southern east county is fast disappearing. We now enjoy the far northern east county. Will that be the next area to be needlessly targeted for destruction?