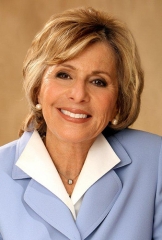 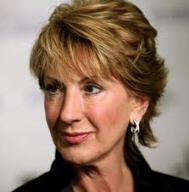 Both candidates call for job creation but have conflicting strategies for how to achieve economic growth, with Fiorina supporting tax cuts for corporations to create new jobs, while Boxer focuses on tax incentives for small businesses as well as stimulus inevestments in infrastructure and sustainable industries to put Americans back to work.

Fiorina, former CEO of Hewlitt Packard, is a political newcomer who has criticized Boxer’s support of the federal stimulus bill and says she wants to bring her management experience as the first woman to lead a Fortune 100 corporation to the U.S. Senate. Boxer has criticized Fiorina for laying off thousands of workers and outsourcing their jobs overseas before being fired by Hewlitt Packard's board.

Boxer, with 18 years in office, has seniority and chairs the Senate Ethics Commission as well as the Enviornment and Publics Works committee.  Recent Boxer legislation has focused on help for small businesses, saving teachers’ jobs, aiding military families, and providing tax incentives to bring jobs back from overseas.

Fiorina, a fiscal conservative, has said her priorities would include budget reforms and term limits for legislators. She opposes cap and trade policies to reduce global warming; Boxer supports the measures.

Expect the two to clash on other issues, ranging from environmental health issues to education, healthcare, and women’s issues (Boxer supports a woman’s right to choose; Fiorina opposes abortion.)

A lively exchange is likely, given sniping on the campaign trail over everything from hairdos to policy issues. Recent polls show Boxer ahead of her wealthy and well-financed opponent by a thin margin; the race is considered competitive. Democrats have targeted protecting Boxer’s seat as a top priority, while Republicans hope to ride a tide of anti-incumbent sentiments to pick up seat in the 100-seat Senate, where 40 seats allow the minority party to block legislation supported by a majority through the filibuster process. Currently Republicans have 41 seats; Democrats hold 59.

Learn more about the candidates’ positions and the incumbent’s record:

Both the candidates have right causes to support. Job creations, education, healthcare, women’s issues...etc, are all important causes which needs to be supported. I did listen to the debate but that kind of debate will be very interesting to discuss. Thanks for posting the links, it'll be enriching to know more about the candidates. Lone Mountain Real estate