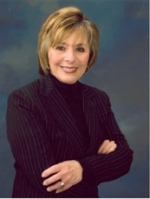 Senator Boxer said, “This crucial funding will not only help our state’s farmers and ranchers, but it will also help protect our state’s $32 billion agriculture economy. I am so pleased that this bill makes critical investments to protect consumers by safeguarding public health and growers from economic losses due to pests and food-borne illness outbreaks. I look forward to watching President Obama sign this bill into law.”

Senator Boxer fought to make sure that this funding will be equitably distributed among dairy producers nationwide. She met with Agriculture Secretary Tom Vilsack because she was concerned that the funding would be used in ways that would discriminate against dairies in Western states.

The conference report now goes to President Obama for his signature.

The following are investments secured by Senator Boxer for California:

Funding will be used to continue a competitive grants program to advance scientific knowledge of food-borne illnesses. Recent incidents of E. coli and other microbial contaminants in spinach and leafy greens resulted in several tragic deaths and shook consumer confidence in our nation’s food safety, resulting in millions of dollars in losses for our agriculture economy.

Senator Boxer said, “We must do everything we can to ensure the safety of our nation’s food supply. This funding will not only help safeguard public health, but it will also protect our economy from future recalls and losses.”

The California County Pest Detection Augmentation Program’s Import Inspection program is a statewide effort operated by county agriculture commissioners to inspect imported plants at points of entry to prevent the spread of serious agricultural and environmental invasive pests and diseases, which could harm crops and cost California millions of dollars. This project will train and establish more regional dog teams to assist in inspections. Currently, dog teams are operating regionally from five counties in California and have a proven record of success.

Senator Boxer said, “These funds are crucial to help protect our growers from crop-damaging pests.”

Funds will be used for critical research at the Brawley Agricultural Research Service facility on water supply, soil salinity, crop production and salt tolerance in a region where farming and ranching are important industries in the local economy. Results from these vital ongoing experiments would be lost without funding.

Funds will be used to improve the efficiency of irrigation water use by regulating the amount of water that is delivered based on soil, slope, and type of landscape. The program will receive contributions from Orange County cities and water agencies as well as incentives from the Metropolitan Water District of Southern California. Three million residents will benefit from this critically needed project.

Started in 1996 and administered by the University of California, Cornell University, and Penn State University, the Viticulture Consortium funds USDA competitive grape-related research dedicated to accelerating innovation and adopting best practices to enhance the competitiveness of U.S. grapes and grape products industries. Grapes are the highest value fruit crop in the nation – contributing about $162 billion to the U.S. economy annually – and this shared research resource greatly benefits California, which is responsible for 90 percent of all domestic wine production and 95 percent of U.S. wine exports.