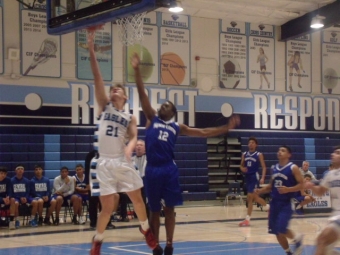 January 2, 2019 (El Cajon) - Back in action just in time for the new year, ECM Sports headed to Granite Hills, where Eagles boys basketball took on the Central Spartans from El Centro.  The Eagles are struggling greatly to open the season, sitting at 2-9.

Despite their record, the Eagles jumped out to a hot 7-0 run to start the game, including a couple of big three point shots and driving to the hoop with some points in the paint.  The Spartans managed only six points in the first quarter and the Eagles led 18-6 after one. 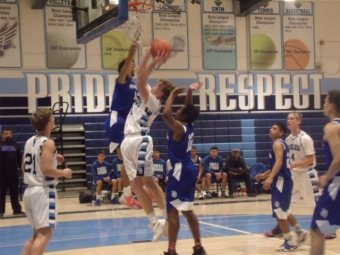 The Eagles continued dominating in the second quarter, but their pace tapered off midway through, allowing the Spartans to stage a mini-comeback to get within nine.  The blue, navy and white barely survived—and only did thanks to some insurance free throws—and ended the half up 28-22.

The Eagles got back on track in the third, getting their lead back up to double digits until Central cut into it with a big three-pointer to cut the lead to six.  The closest the Spartans got was within four, until the Eagles got their mojo back, countering with a three and two breakaway layups to go up big again at the end of three, 45-34.

The Eagles went back to their first quarter ways in the fourth, pouring on layups and creating turnovers that led to points.  Central tried to keep up, but the Eagles left them out to dry, winning by 28, their biggest margin of the season and cruising to a 69-41 victory to move to 3-9 on the season. 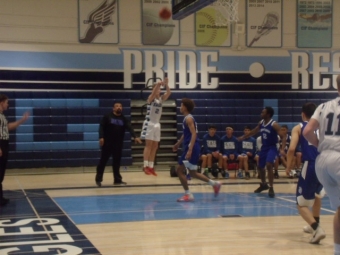 The Eagles go back to work tomorrow to start the Santana New Year Classic with an away game against Victory Christian Academy.  Tipoff is at 6:00 p.m.

Like our high school basketball coverage?  Help us cover boys and girls basketball throughout the season by donating to East County Magazine Sports! 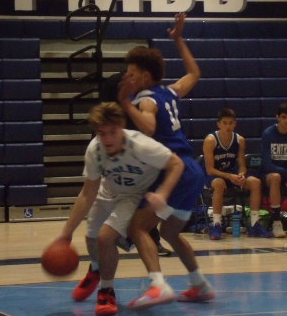