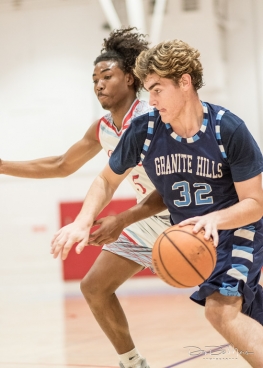 January 29, 2019 (El Cajon) - We’re back at the home of the Braves this week, but this time for a boys’ game.  The Braves are struggling a little bit at 9-12 overall (2-4 in league) coming into tonight’s game against the school a couple of blocks away from them, Granite Hills.  The Eagles aren’t doing so great either; they sported a .500 record in league play coming into tonight (3-3) but overall, were at 8-13. 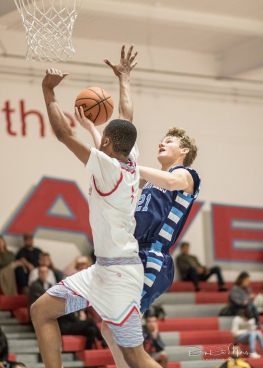 The Braves only managed one point in the first three minutes; Granite was off to a fast start and leaving them in the dust.  The Eagles started the game with an 8-0 run until El Cajon Valley broke their scoring drought with just under five minutes to go in the period.  With some nice layups and drawn fouls, the Braves were able to get themselves back in the game and trailed 14-9 after the first quarter.

ECV started the second quarter on a 3-0 run until Granite Hills killed their momentum with a big three and a couple of free throws to go up by seven.  The Braves tried to stop the bleeding, but the Eagles soared high and ended the half on a huge 16-0 run to go up by 24, their biggest margin of the game.  The Eagles led 41-17 at the half.

The Eagles got right back to work in the third, opening the half with another three.  They had a couple of drives to the hoop, but the Eagles had scored all the points they needed to, so they didn’t need another flashy quarter.  They did increase their lead even more, however—including a big three with one second left—and the navy and light blue led 64-31 after three. 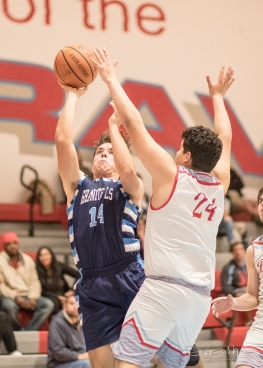 The Eagles cruised through the fourth with the running clock, hitting a three here and again for positive reinforcement.  The Braves started off the quarter well, but couldn’t erase a 27-point deficit. They’d take the L, falling 72-45. Both teams move to 9-13 overall. The Braves fall to 2-5 in league, while the Eagles improve to one game above .500 in league to 4-3.

The Braves get a break until Friday night when they host Monte Vista for a 7:00 p.m. tipoff.  The Eagles travel to the opposite side of town to attempt to knock off their other El Cajon rival, the Norsemen of Valhalla, also on Friday at 7:00 p.m.

Like our high school basketball coverage?  Help us cover boys and girls basketball throughout the season by donating to East County Magazine Sports! 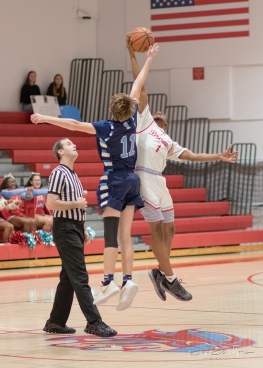 Does your son or daughter play a sport at a level other than varsity?  Comment on this story, tweet @ECMagSports, or email eastcountymagazinesports@gmail.com to request coverage! 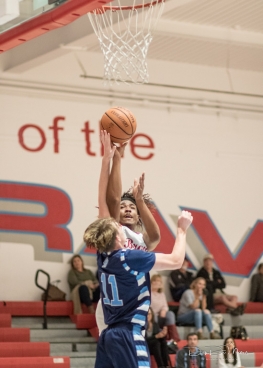