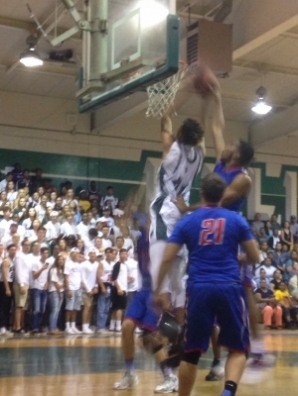 March 18, 2017 (La Mesa) - Helix High varsity boys basketball has paved their way to the finals.  Tonight, they faced Immanuel High School from Reedley, California.  The Eagles sport a 23-8 overall season record and an 8-2 league record and are the Central Section champions. 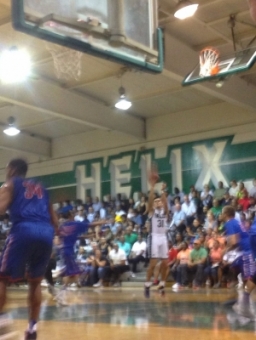 Immanuel at first proved to be an even tougher opponent than Carson.  They were aggressive defensively, almost outplaying the Highlanders.  But Helix made up for it with their high-powered offense, led by senior Jaylen Arnold.  The Scottie dogs kept drawing fouls to increase their point total and ended the first quarter up 21-11.

The Highlanders were plagued by mistakes in the third quarter.  The Eagles took advantage of the Scotties’ foul trouble and tied the game and eventually took the lead.  The defensive aggressiveness that they had shown in the early first quarter returned.  The shots that Helix could usually get to fall stopped falling.  Norris eventually tied the game and got Helix their lead back, but not by much; the Highlanders led 51-50 after three.

The Highlanders got their groove back in the fourth quarter with fast breaks.  Though they had to play keep-away from the Eagles for much of the period, senior Dylan Lee came through in the clutch again with two big points in the paint and a three pointer, skyrocketing the Highlanders to a double digit lead once more.  Helix punched their ticket to Sacramento with a hard-fought 80-69. win over Immanuel. 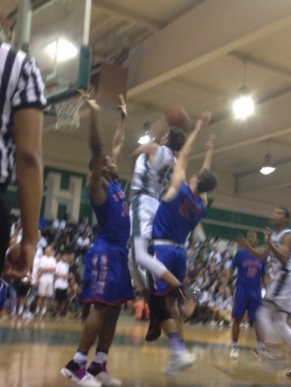