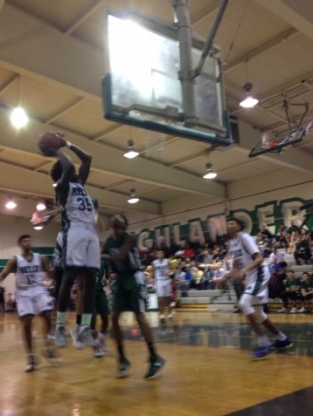 March 8, 2017 (La Mesa) - In Round I of the Division IV CIF boys basketball playoffs, the Highlanders of Helix faced another set of Highlanders, those from Granada Hills Charter in Granada Hills, a city just north of Santa Monica.  Both team’s colors are green and white.  Both teams’ mascot is a highlander.  Both are charter schools.

As it were, these were two teams also alike in ability.  The first quarter was hotly contested, with Granada Hills showing off their three-ball skills and Helix showing their proficiency at driving to the hoop and their star, senior center Jaylen Arnold, dominating the floor.  Ultimately, it was Helix that broke away thanks to Arnold, but not by much, ending the first quarter with a five-point lead, 19-14. 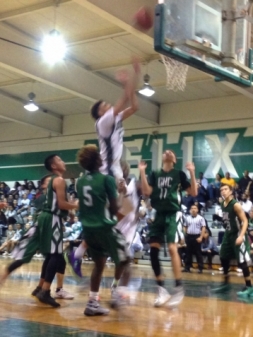 Though the second quarter was riddled with turnovers, it became less of a game and more of an offensive blowout by Helix.  The Scottie Dogs found themselves catapulted to a 29-17 lead at halftime thanks to the dunking of the junior center Miles Norris, who slammed home back-to-back dunks.  Helix held Granada Hills to just three points in the second quarter.

The third quarter was another low-scoring affair, but it did see another high-flying dunk from Norris and Helix’s second three-pointer of the game.  The Scotties got a big boost and ended the third up 41-27.

The Scotties coasted through the fourth and got the piece-of-cake win over Granada Hills 60-52 to eliminate the Highlanders from Los Angeles. 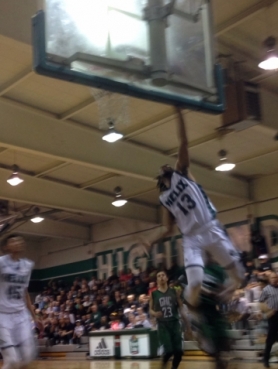 The Scotties will now host West High in Round II on Saturday night.  Tipoff is set for 6:00 p.m.