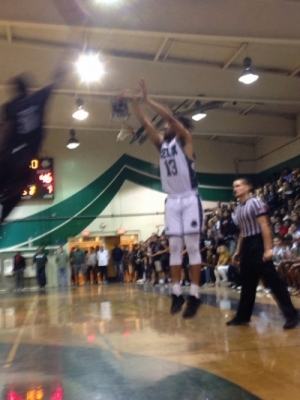 March 14, 2017 (La Mesa) - Helix High varsity boys basketball has breezed through two rounds of the Division IV CIF playoffs.  They defeated Granada Hills Charter last Wednesday night in Round I, followed by a rout of West High from Torrance on Saturday night in Round II, now it was time for the regional semifinals tonight against Carson High School from Carson, California.  The Colts have had a phenomenal season and entered San Diego with a 23-6 record on the season. 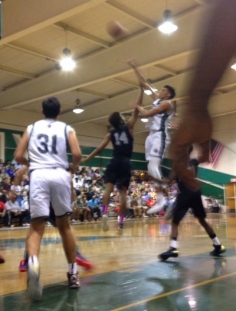 The Colts were the first team in this tournament that truly gave the Highlanders a run for their money.  Every time the Highlanders got a lead, the Colts answered.  It didn't help that Helix kept turning the ball over either.  But an amazing buzzer beating shot by the Highlanders at the end of the first quarter gave them a four-point lead, 15-11. 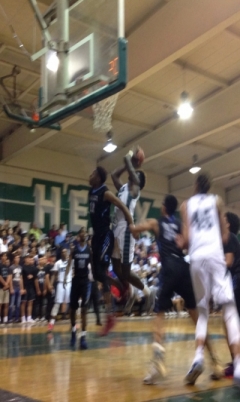 ball movement and transition offense led by junior guard Aaron Jelks, the Colts were able to pull away in the second quarter.  Helix tied the game on two free throws by senior center Jaylen Arnold, but the Colts still kept the lead at halftime, 31-28.

The transition offense that was so crucial in Round I against Granada Hills, but was absent in the first half of this game, came back for the Scotties in the second half.  In fact, it was the only thing that kept them in the game.  Unfortunately for them, the Colts had a better transition offense.  And were better at drawing fouls.  Add on the fact that almost no Helix shots went in and it was a very unfortunate quarter for the Highlanders.  Somehow, they managed to escape t 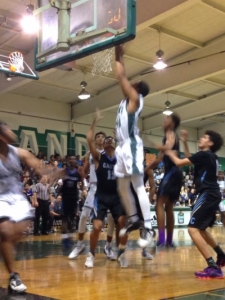 Both teams took a breather from scoring and focused more on increasing their foul count in the fourth.  Jelks and junior Kylan Wallace added some insurance baskets for Carson, though.  But with two and a half minutes left, Helix’s 6’2” senior Dylan Lee hit the dagger, game-tying three and the two schools were knotted at 46.  And just in the nick of time, junior center Miles Norris scored the go-ahead two to put Helix up 50-48.  Add on a couple more free throws and Helix sealed their ticket to the finals with a well-earned win over the Colts, 56-53. 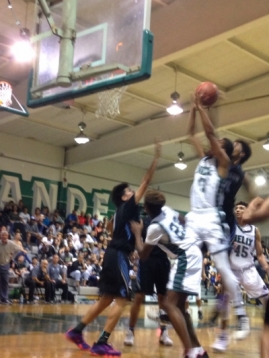 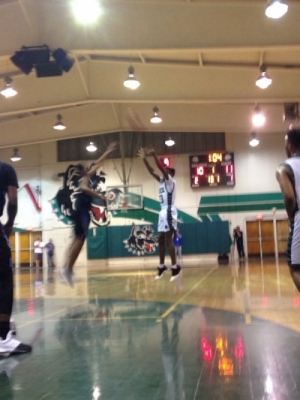