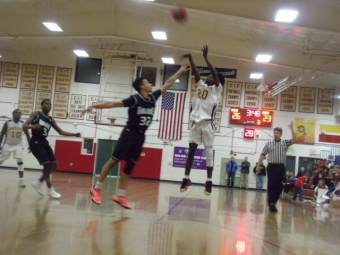 February 23, 2018 (Spring Valley) - Helix may be out, but playoff basketball is alive and well in Spring Valley this Friday night as Monte Vista welcomed Guajome Park Academy from Vista in the CIFSDS Division Four quarterfinals.  The Frogs are an impeccable 19-5 overall and 8-0 in conference play, while the Monarchs post a solid 19-10 record with a 4-4 record in the Grossmont League. 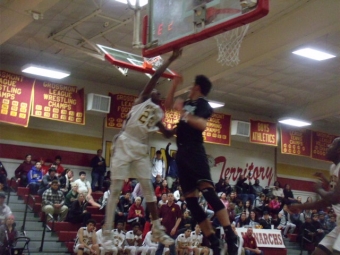 Things got started right away with Monte Vista junior Deondre McKan’s quick deuce, but the Frogs came right back and stayed close, eventually tying it with senior Michael Simmons’ monster three.  Senior Amir Conley reclaimed the lead for the Monarchs, but the Frogs came right back to even the score.  An exciting first quarter ended at nine apiece.

McKan finally gave the Monarchs the lead again on a free throw in the second quarter, but a one-point lead wasn’t enough to stop the attack from Guajome Park.  The Frogs scored four points in 10 seconds to take their first lead of the game.  The Monarchs fought back and senior Deondre McHayle’s free throw tied the game and a last-minute jumper gave the Monarchs an 18-16 lead at the half. 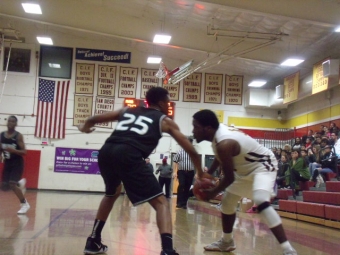 Guajome Park seemed to lose their edge in the second half and the Monarchs took over, though sophomore Dage Lee still did most of the work for the Frogs and kept them within range.  That allowed Simmons to steal the lead back for the Frogs on a three.  They led 35-30 after three quarters, thanks to Monte Vista showing some fight at the end of the third.

But that fight ended in the fourth as the Frogs pulled away, scoring some insurance points and reaching their longest lead of the game at 10.  The Monarchs put in some fight midway through, but the Frogs put the game on ice and knocked Monte Vista out of the playoffs with a 58-44 win. 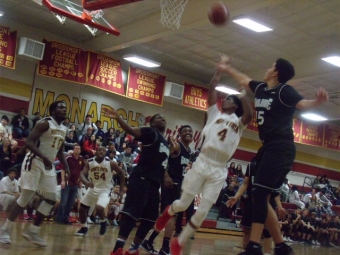 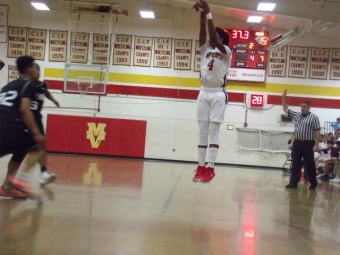