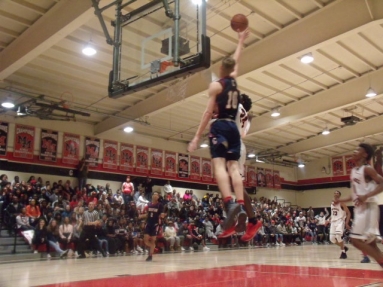 March 10, 2018 (Spring Valley) - While college March Madness is fun, high school March Madness is proving to be just as exciting as tonight, the Patriots of Christian High School traveled to Spring Valley to face the Matadors of Mount Miguel in a 12 vs. 13-seed Division IV matchup in the CIF Southern Sectional state playoff quarterfinals. A tough but fun contest awaited; the Patriots were an almost spotless 11-1 in league play coming into tonight’s game and 22-9 overall.  Compare that to Mount Miguel’s perfect 8-0 record in the Grossmont League and 31-4 record and this was going to be a fun game. 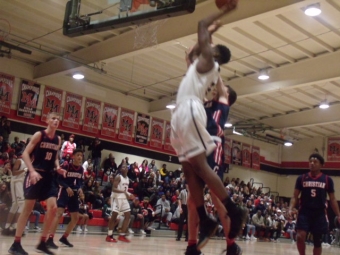 What we expected to be a deadlock turned out to be a blowout as the Matadors ran away with the lead early in the first quarter.  Both teams rocked their three-point game, but at the end, the Matadors prevailed and led 18-11 after one.

The second quarter was the Jackson Larsen Show.  The 6’6” junior jumped up for the steal and hit a three at the other end to bring the Patriots to within one right after junior Jordan Gaines hit a three.  The Patriots tied the game on two free throws by senior Nashom Carter and did it again after a monster dunk by Mount Miguel junior C.J. Jackson.  Larsen gave the Pats their first lead of the game soon after.  The Matadors were left powerless at the hands of fancy ballwork by the Patriots.  A big three by junior Isaiah Robinson propelled Christian to a 34-27 lead at halftime. 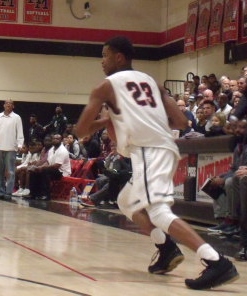 Right after the Jackson Larsen Show was the Nashom Carter Show.  Other Christian players made an appearance too, most notably junior Javier Jimenez, who scored six third-quarter points as the Pats stormed the floor up and down to go up by 14 after three, 53-39.

The refs embarked on their usual quest to not let players play in the fourth quarter, so the Patriots did the best they could to extend their lead.  They had an easy time of it; Matador shots were not falling despite some really good looks and Christian didn’t have to do much praying to cruise to a 70-58 victory and advance.  Carter led the way with 20 points.

The Patriots await their opponent in the semifinals. 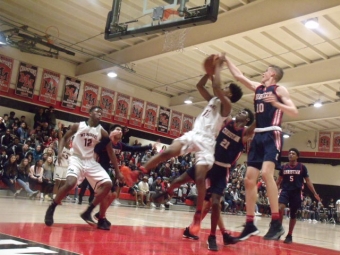 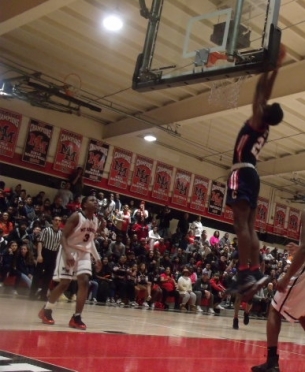